Copper Gate is a 120-unit condominium complex located in Brentwood, California. The predominant claim asserted by the HOA related to foundation movement and damage to the homes caused by soil shifting. Angius & Terry’s lead trial attorney for the case, Jordan O’Brien, says “It was evident from the outset that soils were a big problem at the development. We had the typical indicators, including wide, diagonal cracks in the exterior stucco and the interior drywall, as well as windows and doors that had become inoperable due to the stresses from movement. Despite the complexity of the evidence, we are very pleased that Judge Silver agreed with our experts in linking the expansive soils with the resultant damages manifesting throughout the development.”

After nearly a monthlong arbitration, Judge Richard M. Silver (ret.) issued an award in favor of the HOA for $4,146,306.58, plus certain costs. Judge Silver cited compelling evidence that “as to the foundation and other aspects of this development the developer failed to adequately consider and mitigate the expansive soil condition.” The HOA also successfully obtained monetary damages for other serious construction defects involving the stucco, roofs, windows, doors, asphalt and flatwork.

Julie Mouser, managing partner of Angius & Terry’s Walnut Creek office, shares “this was an extraordinary outcome given the stark contrast between the opinions of the HOA’s experts and D.R. Horton’s experts. In 19 years of handling similar cases, I have never seen such diametrically opposed positions. Despite this, we knew we had strong legal arguments and credible, experienced experts. While the vast majority of these cases will settle in advance of arbitration or trial, for whatever reason, D.R. Horton wanted to go to the mat on this one. We’re just pleased we could obtain this result for these deserving homeowners.”

Copper Gate HOA board member Nikolai Stephan Hinkle states “while we were disappointed D.R. Horton didn’t resolve our claim short of a lengthy trial, we’re thrilled with the verdict and outcome. For most homeowners, our home is our biggest investment. Angius & Terry fought for us and helped us protect our investment. I know our legal team put in a lot of hours to ensure a great outcome. They worked diligently with us, and we knew where we stood every step of the way.” 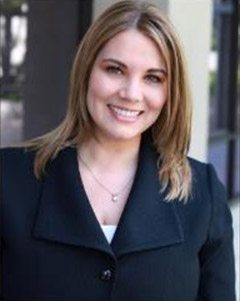