BOARD MEMBER FIDUCIARY DUTY: A Nuts and Bolts Approach

What is Fiduciary Duty?

Although fiduciary duty and its application to the boards of directors of homeowners associations is discussed in many court cases, the basic principles are set out in a statute in the California Corporations Code. Section 7231(a) defines “fiduciary duty.” It provides: A director shall perform the duties of a director, including duties as a member of any committee of the board upon which the director may serve, in good faith, in a manner such director believes to be in the best interests of the corporation and with such care, including reasonable inquiry, as an ordinarily prudent person in a like position would use under similar circumstances.

1. “The Best Interests of the Corporation”

This is a particularly thorny problem for individuals who are elected to the board of directors by the builder at the outset of a project. Understandably, these individuals feel an obligation to protect the builder’s interests, and it is appropriate for the builder elected board members to prevent unwarranted obstructions in the sales of the builder’s units. Indeed, this is why the Department of Real Estate permits a builder to own a separate class of membership votes that allows the builder to control the board of directors until the project is 75% sold out. But any obligation to protect the builder’s interest in selling the units is overridden by the fiduciary duty which the individual board members owe to the association, regardless of who elected them. See Raven’s Cove Townhomes, Inc. v. Knuppe Development Co. (1981) 114 Cal.App.3d 783, 797-801. If any individual board member puts the interests of the builder above those of the association, that board member will be personally liable for any damage caused to the association.

In addition, individuals elected to the board of directors by the builder may not be afforded any of the protections in California Civil Code §5800 that protect volunteer directors and probably are not covered under the association’s directors and officers liability insurance. Thus, board members elected by the builder should be especially assiduous in meeting the three prongs of the fiduciary duty standard.

Note that the standard is not that of an extremely prudent person or very prudent person, but of an ordinarily prudent person. In other words, although a director must act in a conservative manner, it is not necessary to go overboard and always choose the most conservative alternative in every instance. A director should merely seek to avoid risk where possible while still achieving satisfactory results.

What does a “reasonable inquiry” mean? It means that you have to ask questions before you make a decision. We see this principle applied in numerous statutes affecting common interest developments. For example, Civil Code §5500 requires that the board of directors review, on at least a quarterly basis, a current reconciliation of the association’s bank account and reserve status. Similarly, under Civil Code §5500, the directors are obligated to cause a study of the reserve account requirements every three years and to review that study at least annually. These statutory provisions are merely specific applications of the more general principle that a director, to fulfill his or her fiduciary duties, must make reasonable inquiry.

The Fiduciary Duty Standard in Practice

4. “Reasonable Inquiry and the Safe Harbor”

Frequently, when the law imposes obligations on people, the law will also create what is commonly called a “safe harbor.” A safe harbor is typically a set of guidelines that an individual can follow, and, if followed, will protect that person from liability. The fiduciary duty statute includes such a safe harbor. It is contained in §7231(b), which states: “In performing the duties of a director, a director shall be entitled to rely on information, opinions, reports or statements, including financial statements and other financial data, in each case prepared or presented by:

Basically, the safe harbor allows the board of directors to rely on the advice of knowledgeable experts. Turning back to our example, when the board of directors, acting as ordinarily prudent people, developed a level of concern because four or five owners experienced the same leak, the board became obligated to conduct a reasonable inquiry.

Because most directors have very little personal knowledge regarding construction, the board should operate within the safe harbor, and retain some kind of consultant knowledgeable about construction, to make that inquiry.

Now, because a consultant has been retained to conduct an inquiry into the nature of this problem, does that mean that the association, acting through its board, can or should pursue litigation? Answering this question is premature. There are a number of other questions which a the board should ask, satisfying its duty of reasonable inquiry, before answering the litigation question.

Even after obtaining answers to these questions, the association in still not in a position to decide whether or not to pursue litigation? For example, if the project is fifteen years old and the water leakage relates to the installation of the original roof, any claim may very well be beyond the statute of limitations. The board must, again conducting a reasonable inquiry as a reasonably prudent person would do, consult with its counsel. The same kinds of questions ought to be asked of counsel. (Frequently, the association’s counsel is involved in selecting a construction consultant and advising the association in connection with that consultant. Here, we have separated the two inquiries for the purposes of clarifying the process.) The questions to the association’s counsel should include:

“A person who performs the duties of a director in accordance with subdivisions (a) and (b) shall have no liability based upon any alleged failure to discharge the person’s obligations as a director, including, without limiting the generality of the foregoing, any actions or omissions which exceed or defeat a public or charitable purpose to which assets held by a corporation are dedicated.”
Essentially, what the business judgment rule says is that if a director acts in what he or she believes to be the best interests of the corporation, in an ordinarily prudent manner, and after reasonable inquiry, that director is not liable, even if the decision turns out to have been an unwise one. In other words, a court will not allow the association to second guess the decision of its directors as long as its directors have gone through the process outlined above.

The protection afforded by the business judgment rule highlights the importance of documenting in the board’s minutes the steps taken by the board to conduct the reasonable inquiry.

For example, following our hypothetical situation in which four or five owners have complained of window leaks, the association might hire a consulting architect to investigate. Based on that investigation, the architect might report back to the board that without opening up the wall, he or she is unable to determine the cause of the water leakage. The architect might also report that in the ten other windows at which he or she looked, at least half of them showed some indication that they might be leaking. Presented with this information, the board should authorize the architect to open up the walls around two or more of the windows, perhaps one of the windows known to be leaking, and one of the windows suspected to be leaking. The board might also consider a survey of all the members to determine how many owners have an indication of water leakage around their windows.

Once the source of the water leakage and some basic information about how frequently the problem may exist in the project have been determined, the board should determine what the cost of correcting the problem would be. The cost or repair should be compared against information provided by the association’s counsel as to what the likely recovery in litigation might be, the cost of obtaining that recovery, and how long the process might take.
The board is now in a position to make an informed decision. As ordinarily prudent people would do, the board has not ignored the problem, but rather taken steps to determine the nature and magnitude of the problem and what the association’s options are. The board has made a reasonable inquiry, and it has relied on information supplied to it by individuals whom the board believes to be reasonably knowledgeable and competent within their area of expertise. As long as the board acts in good faith, under these circumstances the board should be well within the scope of the business judgment rule whether or not it elects to go forward with litigation.

Again, the board’s consideration of each of the factors outlined above should be reflected in the board’s minutes so that the board will be able to establish to any future claimant that it satisfied its fiduciary obligations and the business judgment rule. (The reader should be aware that there are several statutes that set forth specific steps an association considering litigation against a builder must satisfy. A discussion of these statutes and their interplay with the board’s fiduciary duty is beyond the scope of this article.)

Although the proceeding discussion uses a hypothetical construction defect problem to illustrate the three prongs of the fiduciary duty standard, the same analysis could be applied to any of a variety of situations which face boards of directors on a regular basis. The important factors to keep in mind are that the board of directors, and each of its individual members, must act in the best interests of the corporation (not in the interests of any minority group of owners who elected them), must act in the same manner as an ordinarily prudent person would act under like circumstances, and must only act after reasonable inquiry. Not only will meeting all three prongs satisfy a director’s fiduciary obligations to the association, it is a practical approach to problem solving that will inevitably lead to positive results. 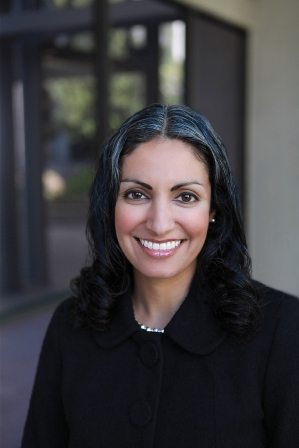