In the past few years, Angius & Terry has perfected a unique method for collecting assessments when traditional collection methods have failed for seriously delinquent owners. As most CCRs set forth that payment of assessments is a personal obligation, a homeowner’s failure to pay is tantamount to a breach of the CCRs. The personal judgment lawsuit program allows Associations to aggressively pursue delinquent homeowners by suing them directly in Superior Court-not small claims court-whether or not they still own their home!

Each personal judgment lawsuit alleges breach of contract (the CCRs) by the delinquent owner. Typically, the suits involve delinquencies in excess of $10,000. However, to pass on significant savings to HOAs, Angius & Terry will bundle up to ten properties from the same HOA in one lawsuit. For example, if you have ten current (or prior) owners who each owe assessments to the HOA, Angius & Terry will name all ten individuals in the same lawsuit. This method saves the HOA significant money on filing fees and other costs that it would be forced to incur if it would have filed a separate lawsuit against each delinquent owner.

The program has had amazing success with our firm procuring over $750,000 in judgments entered on behalf of our Association clients. Further, many delinquent owners, once in receipt of the lawsuit, have contacted us to negotiate settlements. To date, Angius & Terry has successfully negotiated nearly $225,000 in cash settlements for dozens of HOAs!

In the current economy, Boards of Directors are under a lot of pressure to collect old and mounting debt. It is frustrating for responsible homeowners who pay their assessments to see others avoiding their financial obligations. Many HOAs which had previously given up collecting any money from chronically delinquent owners have been astonished at what our program accomplished for them. Instead of writing off “bad debt,” these HOAs now have judgments or cash settlements in hand!

Angius & Terry’s personal judgment program assists Boards in fulfilling their fiduciary duty to their memberships by aggressively pursuing delinquencies in a very timely and cost effective manner. Please contact us to see if we can be of help to your HOA. 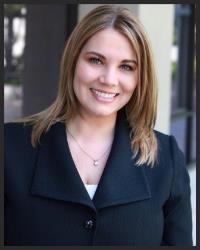