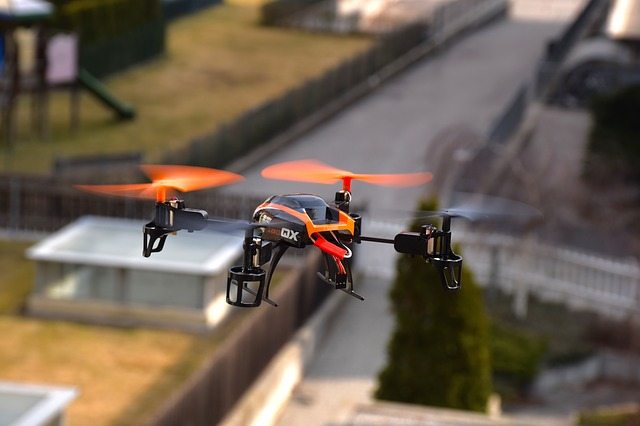 I’m often asked by my common-interest community clients what they can do in relation to drones that are flown within their communities. At times, the number and frequency of drones flying over an association is a nuisance. The most common complaint, however, is the concern of unit owners in relation to their privacy, especially regarding drones flown over their back yard. Though not comprehensive, new FAA regulations on the operation of small unmanned aircraft, often referred to as drones, may provide some relief. See 14 CFR 107. [1]

Before discussing what restrictions the new regulations place on the operation of drones, it’s important to understand what the new regulation does not prohibit, or even regulate. 14 CFR 107 does not apply to unmanned aircraft that are strictly used for hobby or recreational purposes. In this regard, it does not apply to model airplanes or drones operated by an individual solely for enjoyment and personal satisfaction. Stated another way, the regulation does not apply to an individual who buys a drone for a child or for their own non-commercial use. Thus, a neighbor who uses a drone, for example, to see the neighborhood from 100’ is not hampered by these new regulations.[2]  However, if a unit owner purchases a drone for this reason, but actually uses the drone otherwise, say for monetary gain, the new rule applies because it is the actual operation of the drone, not the purpose, which is regulated.

What 14 CFR Does Regulate

Regulations Relating to the Operator

The most notable regulation in relation to the operator is the requirement that the operator has a pilot’s license or a remote pilot airman certificate with a small UAS rating issued by the FAA. The certificate is obtained by demonstrating sufficient aeronautical knowledge by passing a test. In addition, the operator must be at least 16 years of age and vetted by the TSA. Moreover, the rule prohibits an operator from flying when any mental or physical condition would interfere with operating the drone. Finally, the operator must conduct a pre-flight check to ensure the drone is airworthy and must make the drone available for inspection upon request.

Regulations Relating to the Drone

A drone must be operated within the boundaries of a single state; interstate operation is prohibited. Perhaps the most notable and restrictive rule requires the operator to maintain a visual line of sight at all times. As such, the use of a camera and/or VR equipment to fly a drone is prohibited.[3]  Further, a drone may not fly above 400’ and operation is restricted to daylight hours, though the rule allows use during twilight (defined as 30 minutes before and/or after sunrise/sunset). The drone cannot exceed 100 mph and may not be operated when the visual line of sight is less than three miles, say due to inclement weather. The new regulation restricts drones to 55 pounds, including cargo, if any. That is to say, the transportation of property on a drone is allowed; however, such operation must comply with the line of sight and 55-pound limitation (which includes the combined weight of the cargo and the drone).[4]  Finally and perhaps more importantly, a drone may not be operated over a person. In this regard, it appears the regulation prohibits operating a drone over active roadways. Further, if a person is in their back yard, the drone may not fly over the yard.

Because most drones are operated for personal use and the new regulation only applies to commercial operation, it seemingly offers little help to associations faced with a drone dilemma. However, one of the first adopters of drone technology within associations was the real estate industry. In this regard, if a real estate agent is using a drone to take pictures for use in selling the property, the real estate agent, and his drone, must comply with the regulation because it is used for a commercial purpose. If an agent is using a drone within an association and flies over several houses, including when the residents are home, the rule seemingly prohibits this activity. Unfortunately, because most drone complaints are in relation to private use, it offers no help.

How the Regulation Fails Associations

The most obvious failure is the lack of regulation on private use within a residential area. Further, some associations, in an effort to expand security coverage at lower cost, are considering the use of drones as a component in their security operations. This is especially true of associations that have guarded gates and/or a 24-hour security presence. If an association has 24-hour coverage, one security officer with a drone can drastically expand coverage at minimal cost. Yet, because this is deemed a commercial use, the regulation requires any association (or their vendor) to comply with the regulation by having any security personnel obtain a certificate. Further, such use is seemingly prohibited due to the restrictions on operating a drone during the night – the most effective time for association use of a drone – and over a person.

It appears the new FAA regulation offers little relief to associations with an existing drone issue. Further, it seemingly prohibits an association from using a drone for its own benefit. Yet, uncharacteristic of federal regulations, the rule provides that any restriction can be waived if an applicant can show the FAA that operation in violation of a specific rule is nevertheless safe. It is unclear what criteria the FAA will consider in this regard; however, given the current explosion of commercial drone use, applications that are granted will, in time, provide a clear path to obtaining a waiver. Finally, all is not lost in relation to an association that may wish to restrict drone usage. State law, federal regulations applicable to hobbyists, and the association’s CC&Rs and/or rules may nevertheless offer relief. In this regard, it should come as no surprise that I recommend seeking the advice of competent counsel to analyze whether or not recreational use violates any of these other restrictions.

[2] The use of drones and model airplanes for recreational or hobby is nevertheless regulated, albeit loosely. See FAA Advisory Circular 91-57A (https://www.faa.gov/documentLibrary/media/Advisory_Circular/AC_91-57A.pdf) (regulating unmanned aircraft that weigh less than 55 pounds and flown strictly for hobby and/or recreational purposes).

[3] The rule does not, however, restrict a non-operator from wearing a VR or operating a camera.

[4] Though cargo may be carried, it prohibits carrying cargo for a fee.