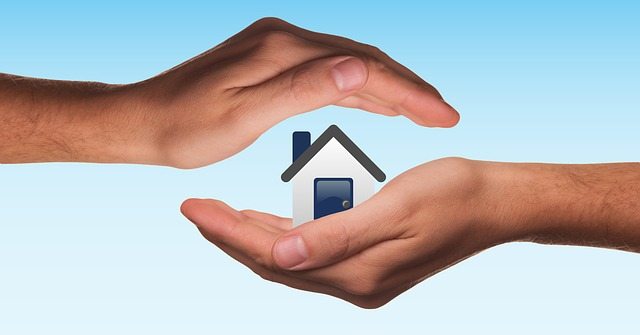 The “Homeowner Protections Act of 2015” That Ironically Protects Home Builders

On February 24, 2015, sweeping changes to long-standing statutory law governing the prosecution of Nevada home builders for constructional defects were passed by the Nevada Legislature and signed into law by Governor Brian Sandoval.  Nevada Assembly Bill No. 125 (“AB 125”), fondly called by its supporters the “Homeowner Protections Act of 2015”, contained numerous revisions to the language of Nevada Revised Statutes Chapter 40 (“NRS Chapter 40”), which were heavily lobbied for by Nevada home builders.  What becomes abundantly clear from a review of the changes AB 125 made to the prior language of NRS Chapter 40, is that Nevada homeowners’ legal rights to pursue home builders for shoddy construction were substantially diminished.

Change to the Definition of a “Constructional Defect”

AB 125 changed the pre-existing definition of a “Constructional defect” to a defect:  (1) Which presents an unreasonable risk of injury to a person or property; or (2) Which is not completed in a good and workmanlike manner and proximately causes physical damage to the residence or appurtenance.  (NRS 40.615).

The definition of a “Constructional defect” used to include a defect, “Which is done in violation of law, including, without limitation, in violation of local codes or ordinances.”  So, the “Homeowner Protections Act of 2015” actually permits a home builder to construct a single family home community, condominium community, townhome community, etc. without following the law.  What this means in its practical effect is that building codes, which are a set of rules that specify the minimum standards for constructing a home and whose main purpose are to protect the public health, safety and general welfare (and become law of a particular jurisdiction when enacted by the appropriate governmental or private authority), can be violated by a home builder and a homeowner will not have any legal recourse for the violation.

For most people, purchasing a home is the greatest single purchase they will ever make.  It is extremely discomforting to understand how the Nevada Legislature somehow believed that allowing a home builder the opportunity to violate the law in its construction of residential communities in Nevada, without any legal recourse for the violation, somehow protected the interests of homeowners.  Given the many building components that go into the construction of a home, and many of those components being hidden from view behind walls, under the roof, behind fixtures, etc., a home builder’s violations of law can go unnoticed and unsuspected for many years, all the while continually threatening the health, safety and general welfare of those who reside there.

Unfortunately, most homeowners are reactionary when it comes to taking action to address problems with their homes and communities.

AB 125 changed all of this and now universally limits the pursuit of any constructional defect against a home builder to six (6) years from substantial completion of the home, period.  (NRS 11.202).  Therefore, the ability of Nevada homeowners to continue to be reactionary when it comes to protecting their greatest single purchase, their home, has ended.  Those hidden, unnoticed and unsuspected violations of law committed by home builders in the construction of homes and communities (even those that were done willfully and fraudulently by the home builder) will go uncured, if a reactionary homeowner mentality continues to persist.  Here is yet another extremely disconcerting example of how the Nevada Legislature somehow believed these changes somehow protected the interests of homeowners.

The practical effect of this amendment is that a Nevada homeowner is going to have to spend far more money to pursue constructional defect claims against a home builder, then was previously necessary to place the home builder on notice of construction problems with their home.  For instance, should a homeowner experience a problem with the roof over their home and suffer a roof leak, which could potentially stem from a number of different problems with the original construction of the roof, the homeowner is now required to hire a construction expert to identify each and every specific defect in the roofing system.  The homeowner is no longer able to point to the roof leak, in and of itself, which is a direct result of the defective construction of the roof.  Therefore, the burden has now shifted to the homeowner and not the home builder (as was previously intended), who constructed the roof and should bear the burden to discover exactly why it is leaking.

This requirement is not only unnecessary given the level of detail required as a part of the notice, but in its practical effect further increases the costs to the homeowner to hold the home builder’s hand during their NRS Chapter 40 visual inspection of the home.  It is the home builder who built the home, and the specificity of the notice is more than enough for the home builder to be placed in a position to determine if it wishes to repair the constructional defects identified, or to pay money to have them repaired.  It is beyond absurd that the homeowner and its construction expert or experts must be present to point out the constructional defects one-by-one, when they are clearly identified in the NRS Chapter 40 notice.

Once again, AB 125 has created another unnecessary, expensive and onerous burden upon the homeowner, which is less about protecting homeowner rights and much more about creating an additional bar to holding the home builder responsible for defective home construction.

The Nevada Legislature in enacting AB 125, also decided that it was a good idea to remove pre-existing law authorizing one notice to be sent concerning similarly situated owners of residences or appurtenances within a single development that allegedly have common constructional defects.

Taking the above-referenced roof leak scenario as an example, multiple homeowners in a given residential development who are experiencing roof leaks in their individual homes constructed by the same home builder and appearing to be the result of the same method or methods of defective construction, can no longer work collectively to place the home builder on notice of the same.  Instead, however, AB 125 now requires each individual homeowner to hire an expert to investigate their home specifically, with no consideration given whatsoever to construction deficiencies that are common from home to home.  This amendment again requires a homeowner to spend far more money to pursue constructional defect claims against a home builder than was previously necessary, and is yet another onerous burden to the homeowner to hold the home builder responsible for defective home construction.

The topics covered in this article (and in Part 1) are only some of the examples, and not a comprehensive coverage of the Nevada Legislature’s changes to the pre-existing NRS Chapter 40 statutory scheme.  Nonetheless, these examples clearly demonstrate how AB 125 is not in the best interests of homeowners, and how referencing AB 125 as the “Homeowner Protections Act of 2015” is nothing more than a farce.  On February 24, 2015, Nevada homeowners were dealt a severe blow to their legal rights and their ability to protect themselves from shoddy construction of their homes, by those who were elected by homeowners for the purpose of protecting their rights.