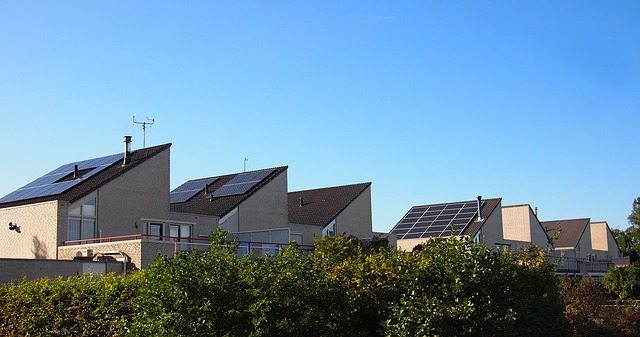 Can Nevada HOAs Regulate the Location and Configuration of Solar Panels on a Residence?

Throughout 2015, Nevada news outlets have been abuzz with stories related to the state’s recent rooftop solar energy boom and the resulting battles for market position being fought in a new era of competitive “clean” energy.  While the key players described in the news are most often rooftop solar companies, NV Energy, the Public Utilities Commission, and “net metering,” the reality is that the actual solar panels at issue are being installed on residential rooftops in our neighborhoods and common-interest communities (HOAs).

In HOAs, any improvement requiring the installation of solar panels on a residential rooftop typically invokes an association’s governing documents and the often-accompanying architectural guidelines, approval, and potential enforcement issues that come with the territory.

One of the scenarios currently playing out in residential solar installations all over Nevada involves the location and configuration of solar panels on a rooftop and the resulting aesthetic effect to the surrounding neighborhood.  In these situations, a homeowner and his installer may insist that solar panels be oriented on a certain side of the roof for maximum sun exposure, while the HOA’s ARC committee demands that placement on the other side of the house is better for aesthetics.  Or, the conflict may involve how many panels are necessary and how and where the system is configured.  To intensify the situation, the installer provides a detailed technical analysis report to the association, claiming that the “efficiency” of the solar panel system on the rooftop will suffer considerably if the solar panels are located/configured where the HOA wants.

Does a Nevada HOA have the right to restrict where and how solar panels are installed and configured on a residential rooftop?  The answer, apparently, has something to do with “efficiency” and may even require the intervention of a state agency.

In 2009, the Nevada Legislature passed Senate Bill 114, which made several additions and revisions to previously existing state laws governing rooftop solar panels.  Using the same language in both the regulation of Estates in Property (NRS Chapter 111) and Planning and Zoning (NRS Chapter 278), the Legislature identified an identical prohibition in both Chapters related to the restriction of solar energy systems:  “Any covenant, restriction or condition contained in a deed, contract or other legal instrument which affects the transfer or sale of, or any other interest in, real property and which prohibits or unreasonably restricts or has the effect of prohibiting or unreasonably restricting the owner of the property from using a system for obtaining solar energy on his or her property is void and unenforceable.”  NRS 111.239(1); 278.0208(2).

Other language added to these statutes by SB 114 clarified circumstances where a solar energy restriction would be considered unreasonable:  “For the purposes of this section, the following shall be deemed to be unreasonable restrictions:  (a) The placing of a restriction or requirement on the use of a system for obtaining solar energy which decreases the efficiency or performance of the system by more than 10 percent of the amount that was originally specified for the system, as determined by the Director of the Office of Energy . . . “  (Emphasis added).  NRS 111.239(2)(a); 278.0208(3)(a).

Clearly, current state law prohibits the “unreasonable” restriction of solar energy on residential property in Nevada.  Moreover, most HOA governing documents fall within the “covenant, restriction or condition contained in a . . . contract or other legal instrument” that is prohibited from restricting solar energy unreasonably.  So, just what is this business in the statutes regarding “efficiency” standards?

According to the NRS, the Nevada Governor’s Office of Energy is charged with the following:

In sum, that solar panel application your ARC committee is currently deliberating for potential acceptance may require more than just input from the association’s general counsel attorney:  it may also require a determination from the Nevada Governor’s Office of Energy.